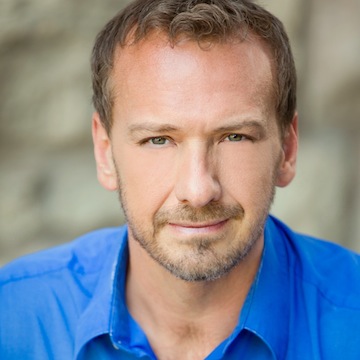 Mr. Tigges recently returned to the title role of Der fliegende Holländer with Atlanta Opera (a role he has sung widely across the United States), and recently joined San Francisco Opera as Mr. Flint in Billy Budd, returned to the Lyric Opera of Chicago for Owen Hart in Dead Man Walking.  He has sung Nick Shadow in The Rake’s Progress with the Teatro Municipal de Santiago, and created the role of of Joe St. George in the world premiere of Tobias Picker’s Dolores Claiborne with San Francisco Opera.  Other credits include the title role in Le nozze di Figaro with both the Seiji Ozawa Ongaku-juku Opera Project and Opera Company of North Carolina, both Assur in Semiramide and Howie Albert in Terence Blanchard’s Champion with Washington National Opera, both Alfio in Cavalleria Rusticana and Tonio in Pagliacci with New Orleans Opera, and both Picker’s Emmeline and Huang Ruo’s The Heart of a Soldier with Opera Theatre of St. Louis.


In addition to his performances on the opera stage, Mr. Tigges maintains a busy concert schedule. He recently joined the Los Angeles Philharmonic for Mozart’s Mass in C minor, Chicago Symphony Orchestra for Nielsen’s Symphony No. 3, Orchestra of Saint Luke’s for Beethoven’s Symphony No. 9 in his Carnegie Hall debut, and Teatro Regio di Parma for Haydn’s Creation. He made his Avery Fisher Hall debut with the Collegiate Chorale as Erasto in the American premiere of Handel’s Giove in Argo. He has sung Stravinsky’s Les Noces with the Cleveland Orchestra; Britten’s Serenade under the baton of Sir Andrew Davis; and Zemlinsky’s Psalm 83 at the Cincinnati May Festival.

Originally from Dubuque, Iowa, Wayne Tigges received a graduate degree and Artist Diploma from the University of Cincinnati-College Conservatory of Music and his Bachelor of Music from Iowa State University.