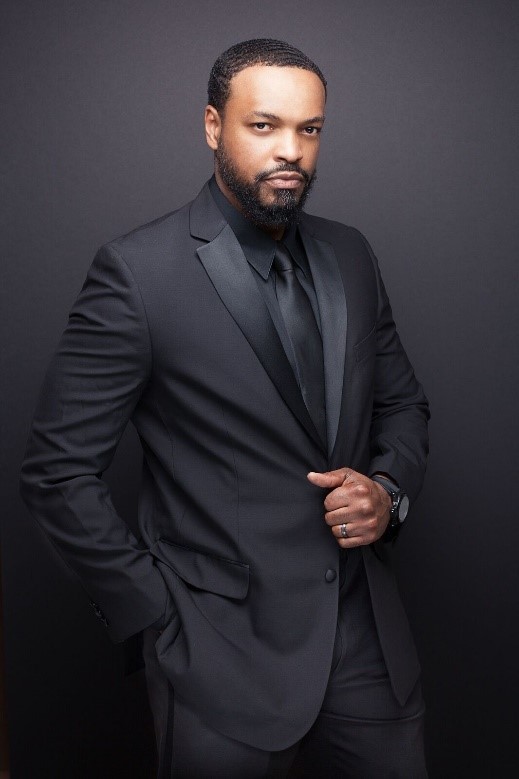 American bass Kenneth Kellogg’s prior roles with NCO include Ramfis in Aida and Prince Gremin in Eugene Onegin.  A recent highlight of the artist’s career includes establishing the role of Father in Blue written by Jeanine Tesori and Tazewell Thompson for Glimmerglass Festival’s world premiere which brought him great acclaim; a film of the production is in the planning.  In 2021, he appears with Seattle Opera both in that role and as the Commendatore in Don Giovanni.

Mr. Kellogg enjoyed a busy and successful 2019-20 Season, starting in Europe with his return to Ópera de Oviedo in the role of Count Sam Horn Un ballo in maschera. He travelled to Kraków, Poland for performances of Rossini’s Sigismondo singing the two roles of Ulderico and Zenovito with Capella Cracoviensis.

Past successes include the role of Monterone in Minnesota Opera’s new production of Rigoletto, and the role of Sam Bakewell in The Summer King at Michigan Opera Theatre, a role he inaugurated at Pittsburgh Opera during its world premiere. He returned to Washington National Opera for Father Palmer in Silent Night and sang the role of Ashby in La fanciulla del West at Maryland Opera.

Other career highlights include Méphistophélès in Faust with both Opéra de Lausanne and  Opera de Ovieddo, Spain; he was Zuniga in Carmen at PORTopera, and Young Emile in Champion for Opera Parallèle in the opera’s West Coast premiere.  As Sarastro in Die Zauberflöte, Kenneth made his debut at Opera de Lausanne, and has also sung the role at Virginia Opera and Opera Memphis. At Annapolis Opera, Kenneth made his debut as Don Alfonso in Cosi fan tutte.

Born and raised in Washington, D.C, the artist began his formal musical training at the Duke Ellington School of the Performing and Visual Arts as a Vocal and Visual Arts student. He holds degrees from the University of Michigan and Ohio University.  He continued his studies at the Academy of Vocal Arts, and at Wolf Trap Opera; he is an Alumnus of the Adler Fellowship at San Francisco Opera and the Domingo-Cafritz Emerging Artist Program at Washington National Opera.

Other roles in the artist’s repertoire include the title role and Leporello in Don Giovanni, Colline in La bohème, the title role of Handel’s Hercules, The King in Ariodante, Osmin in Die Entführung aus dem Serail, Sparafucile in Rigoletto, and Fasolt in Das Rheingold.