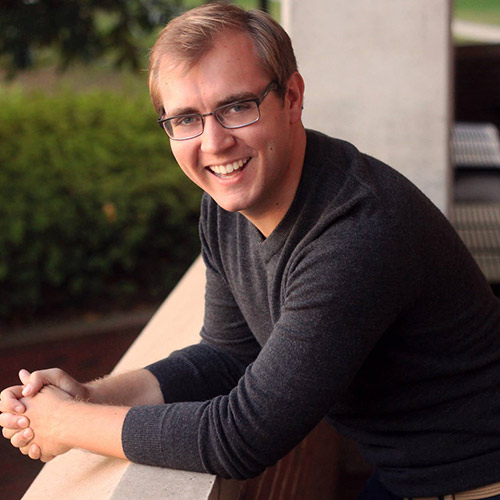 Originally from Cincinnati, Ohio, Joshua Borths (stage director, educator, and writer) is known for his innovative and thought-provoking productions.

Borths is the currently the Director of Opera & Musical Theater at Capital University in Columbus, OH and Head of the Stage Directing Staff at Des Moines Metro Opera.

A prominent educator, Borths has been a guest panelist at the Opera America Conference, collaborated with TED Ed on their first opera resources, and been featured in Opera News for his innovative approach to opera. Borths is also the founder of OperaClassroom.com, the licensing hub for his children’s operatic adaptations that have been seen by hundreds of thousands of students across the country.

Previously, Borths was the Resident Stage Director and Director of Education and Community Engagement at Arizona Opera and has been on the directing staff of at Des Moines Metro Opera, the Crane School of Music (SUNY Potsdam), the Seagle Music Colony, and the Crested Butte Music Festival.

This season, Borths directs his original adaptation of Rusalka: The Littlest Mermaid for Des Moines Metro Opera (Opera Iowa) and A Tale of Two Cities for Capital University.

In the past two seasons, Borths directed Parade, Dido and Aeneas, and Kiss Me, Kate for Capital University; The Magic Flute and Little Red’s Most Unusual Day for Des Moines Metro Opera (Opera Iowa); and The Elixir of Love for Opera Las Vegas.
In the 2018 season, Borths directed Madama Butterfly for Pensacola Opera, La clemenza di Tito for the University of Maryland, Il barbiere di Siviglia at Arizona Opera, and Song from the Uproar for Opera Ithaca.

Past favorites include directing new productions of Rusalka and Florencia en el Amazonas for Arizona Opera, Hansel and Gretel and The Tragedy of Carmen for Opera Memphis, Suor Angelica for Crested Butte Music Festival, and L’elisir d’amore, The Music Man, and Il barbiere di Siviglia for the Seagle Music Colony.

As an assistant director, Borths has worked with many opera companies including Arizona Opera, Wolf Trap Opera, Michigan Opera Theater, Des Moines Metro Opera, and the Festival della Valle d’Itria.
Borths holds undergraduate degrees from the University of Michigan, and a masters degree in Opera Production from Florida State University.