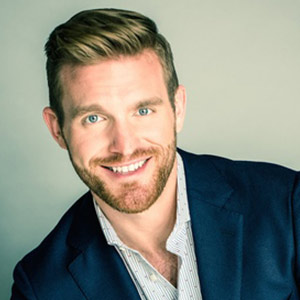 American baritone Jarrett Ott, who was named one of Opera News’ twenty-five “Rising Stars,” and called, “a man who is seemingly incapable of an unmusical phrase,” also by Opera News, is enjoying an international career at the age of 32. In the 2019-20 season, Mr. Ott will return for his second season with the Staatstheater Stuttgart, debuting the roles of Conte in a new production of Le nozze di Figaro, and Valentin in Faust. He will also reprise the roles of Figaro in Il barbiere di Siviglia, Marcello in La Bohème and Dandini in La Cenerentola. In 2020, Mr. Ott will reprise the title role in David Lang’s prisoner of the state for its European tour, which includes The Barbican in London with the BBC Symphony, Copenhagen, Malmö, Bruges, Barcelona, Bochum and Rotterdam. Finally, he will return to North America to perform Jake Heggie’s one-act opera For a Look or a Touch in Seattle and San Francisco.

In the 2018-19 season, Jarrett Ott made many important European role debuts as he embarked on his first season in the Ensemble of the Staatstheater Stuttgart. New production debuts included Oreste in Iphigénie en Tauride and Chou En-lai in Nixon in China. Other European role debuts in Stuttgart included Figaro, Marcello and Dandini. In North America, he returned to Santa Fe Opera for Guglielmo in Così fan tutte. He also made concert debuts performing the title role in David Lang’s world-premiere prisoner of the state with Jaap van Zweden and the New York Philharmonic and as Stephano with Susanna Mälkki in Sibelius’ The Tempest and the Los Angeles Philharmonic.
On the operatic stage, recent work has included W.P. Inman in the East Coast premiere of Cold Mountain as well as Papageno in Die Zauberflöte with Opera Philadelphia, Harlekin in Ariadne auf Naxos, Maximilian in Candide and Masetto in Don Giovanni with The Santa Fe Opera, Figaro with Lyric Opera Kansas City and Dayton Opera, Jupiter in Offenbach’s Orpheus in the Underworld with New Orleans Opera, Curly in Oklahoma! with Glimmerglass Festival, Zurga in The Pearl Fishers with North Carolina Opera, and Charlie in Jake Heggie’s Three Decembers with Opera Memphis. He made his European operatic debut at Deutsche Oper Berlin singing the role of the Angel in Andrea Scartazzini’s world premiere work Edward II, directed by Christof Loy. Other role debuts included The Count in Strauss’ Capriccio, a co-production with Opera Philadelphia and Curtis Opera Theatre and Kenneth Fuchs’ Falling Man at Symphony Space and the 9/11 Memorial Museum in New York City.
On the concert stage, Jarrett Ott has performed Orff’s Carmina Burana with the Seattle Symphony and Colorado Springs Philharmonic, Brahms’ Requiem with the Columbus Symphony and a holiday concert with the Lexington Philharmonic. He has also presented several recitals in North America under the auspices of The Brooklyn Art Song Society. A favorite of the New York Choral Society, he has appeared as soloist in Stanford’s Songs of the Fleet, Handel’s Israel in Egypt, both at Carnegie Hall, and The Hyland Mass, a world-premiere at St. Patrick’s Cathedral. He made his European concert debut with the Ensemble Intercontemporain in Paris, performing pieces by Vito Zuraj and Bach, conducted by Matthias Pintscher and also embarked on a European tour with Perm Opera and MusicAeterna as Don Pedro de Alvorado in concerts of Purcell’s Indian Queen, with stops in Geneva, Köln, Bremen and Dortmund.
Jarrett Ott is based in Stuttgart, Germany and New York City and received his master’s degree at the Curtis Institute of Music.