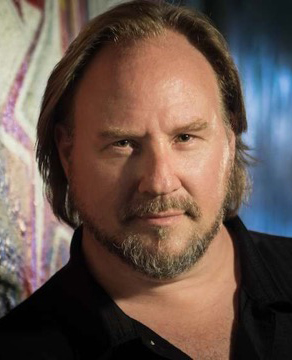 American tenor Carl Tanner has established his international career performing regularly in the world’s most prestigious opera houses such as The Metropolitan Opera, Opera National de Paris, Washington National Opera, Royal Opera House, Covent Garden, Deutsche Oper Berlin, Teatro alla Scala, Teatro Real, Madrid, New National Theatre of Tokyo and the Liceu de Barcelona amongst others. Upcoming engagements include the title role in Otello with the Pacific Symphony Orchestra, a return to Grange Park for the role of Tucha in Ivan the Terrible, and Radames in Aida with the Toledo Opera.

In December 2018 Mr. Tanner performed the title role of Otello on opening night at the Metropolitan Opera to great acclaim. The occasion also marked Maestro Gustavo Dudamel’s house debut. Immediately prior to this, Carl performed the role at the Bolshoi Opera and Savonlinna,. Other recent engagements include Aida with San Diego Opera, Canio with Opera North Carolina, and his debut with the Gerencia Orquesta Sinfónica y Coro Prado del Rey (RTVE) in Madrid.

The 2016/17 season opened with performances of Otello with Opera Hong Kong, closely followed by Radames with Opera de Massy, a concert of Verdi and Puccini arias with the Dallas Symphony as well as a Christmas Concert with the Washington Chorus at the Kennedy Center. He also made his Korean National Opera debut performing Il Tabbaro and I Pagliacci, in addition to performing in concert in the US.

In 2015/16 he performed Pinkerton in Madama Butterfly with the Minnesota Orchestra conducted by Andrew Litton, followed by Aida at Colorado Opera, Otello (title role) at Liceu de Barcelona and Il Tabarro conducted by Antonio Pappano at ROH Covent Garden in London.
Other engagements include Verdi’s Aida at the Metropolitan Opera, Tosca at Deutsche Oper, La fanciulla del West at the Opéra Royal de Wallonie de Liège, Madama Butterfly at the Opéra National de Paris, Il Trovatore at the Semperoper in Dresden and at the Staatsoper in Hamburg, Aida at the Deutsche Oper in Berlin, Turandot in Hamburg, Carmen at the Maggio Musicale Fiorentino under the baton of Zubin Mehta, at the Teatro alla Scala and at the Teatro San Carlo, La Gioconda in Berlin and the Teatro Real de Madrid and Tosca in his Covent Garden debut.
On the concert stage he has performed diverse repertoire with prestigious symphony orchestras including the St. Louis Symphony Orchestra, the Atlanta Symphony Orchestra, Spoleto USA Festival, and the Kasugai Symphony Orchestra in Japan.