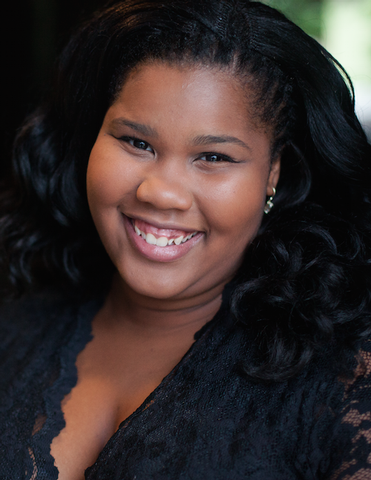 Soprano Jemeesa Yarborough, a native of Baltimore, Maryland, made her professional debut with Piedmont Opera in Robert Ward’s The Crucible. After completing her Bachelor of Music degree at the University of North Carolina School of the Arts, she entered the graduate music program at Florida State University where she completed her Master of Music degree. Yarborough has performed with Opera Wilmington, Opera Saratoga, and Savannah Voice Festival. In the 2014-2015 season, Yarborough made her European debut in the title role of Puccini’s Suor Angelica at the Music Academy International.

Yarborough has been the recipient of four District awards from Metropolitan Opera National Council Auditions in Colorado 2020, North Carolina, in 2017 & 2019, South Carolina, in 2016. In 2019, Yarborough was the 1st recipient of the Stephen Prystowsky Award with the Durham Symphony Orchestra and 1st place winner of the Saltworks Opera Vocal Competition.  In 2016, she was a semifinalist in Houston Grand Opera’s Eleanor McCollum Competition for Young Singers. Yarborough has received numerous other awards, including awards from the Euterpe Music Club of Greensboro, Senah C. and C.A. Kent Foundation Scholarship, and the Omega Psi Phi Music Competition.