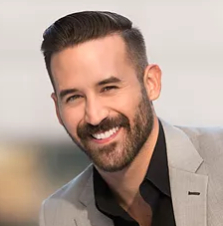 He has appeared with the New York City Ballet San Antonio Symphony for Orff’s Carmina Burana and Mendelssohn’s Elijah and the Tulsa Symphony for Brahms’s Ein deutsches Requiem. He made his Carnegie Hall debut as the soloist in Matthias Pintscher’s Songs from Solomon’s Garden with the American Composers Orchestra. He has sung the baritone solos in Alberto Ginastera’s Estancia in the ballet by George Balanchine with the New York City Ballet both in New York and on tour in Paris. He appeared with soprano Erin Wall in recital for the George London Foundation Recital Series.