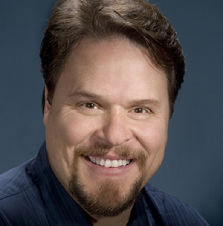 Bass-baritone Mark Delavan made his NCO debut as the High Priest of Dagon in the 2018 concert performance of Saint-Saëns’s Samson et Dalia.

He regularly appears in the title roles of Der fliegende Holländer, Falstaff, and Rigoletto, and as Iago in Otello, Scarpia in Tosca, Jochanaan in Salome, and Amonasro in Aida. At the Metropolitan Opera, Mr. Delavan has sung Wotan in cycles of Wagner’s Der Ring des Nibelungen, the title roles of Simon Boccanegra and Nabucco, Scarpia, Amonasro, Alfio in Cavalleria rusticana, and as Gerard in a major revival of Andrea Chénier.

With the San Francisco Opera sang the role of Giovanni in the world premiere of Marco Tutino’s Two Women (La Ciociara) and has appeared there as Scarpia and Wotan. With the Lyric Opera of Chicago, he sang the role of Snooks Brenner in the world premiere of William Bolcom’s A Wedding. He has also appeared with the company as Scarpia, Alfio, Amfortas in Parsifal, Tonio in Pagliacci, Germont in La traviata, and Renato in Un ballo in maschera.