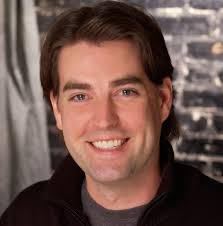 Tenor Jason Karn has impressed critics and audiences alike with his vibrant, bright tone and dramatic characterizations.  He made his NCO mainstage debut as Beppe in Pagliacci. He has also been featured in NCO’s Opera About Town Online video series and at the 2019-20 Season Reveal.

He made his New York City Opera debut in the role of the Young Gypsy of Rachmaninoff’s Aleko. Other New York City engagements include his Avery Fisher Hall debut with the American Symphony Orchestra in the American premiere of Vincent D’Indy’s Fervaal, Roméo (Roméo et Juliette), and Alfredo (La traviata).

Mr. Karn has appeared with Washington National Opera (Scaramuccio in Ariadne auf Naxos), Pittsburgh Opera (Al Joad in The Grapes of Wrath), Arizona Opera (Cassio in Otello), Austin Lyric Opera (Bill in Jonathan Dove’s Flight), Chautauqua Opera (Ferrando in Così fan tutte). The sang the role of Tamino in The Magic Flute at Rutgers University and was also a featured soloist at the Newport Music. He has sung several roles at Opera Carolina including Cassio, the Young Gypsy and Ferrando, which he also sang with the Duke Symphony Orchestra.