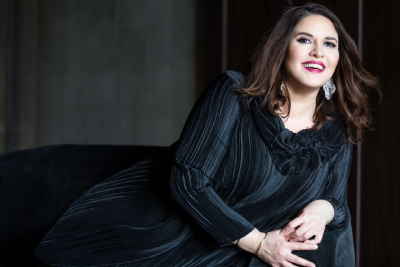 Alexandra LoBianco has appeared with NCO as both the title role in Tosca and as Brünnhilde in Siegfried. She has appeared at the Vienna State Opera as Leonore in Fidelio and Helmwige in Die Walküre.

In the 2020-2021 season, Ms. LoBianco sang the title role in a filmed version of Tosca with Seattle Opera. She also joins Chicago Opera Theater as the Comedian in the world premiere of Matthew Recio’s The Puppy Episode and gave a recital for the Triangle Wagner Society in Durham.

In the 2019-2020 season, Ms. LoBianco made her house and role debut at the Metropolitan Opera as Marianne Leitmetzerin in Der Rosenkavalier and her house debut at Palm Beach Opera in the title role of Turandot.

Operatic highlights of previous seasons have included Chrysothemis in Elektra and Helmwige at Lyric Opera of Chicago, Tosca at Minnesota Opera, the title role in Aida at Seattle Opera and Opera Colorado, Donna Anna in Don Giovanni at Seattle Opera, Miss Jessel in The Turn of the Screw at The Dallas Opera, Amelia in Un ballo in maschera at Florida Grand Opera, and the prima donna in Ariadne auf Naxos with Austin Opera. At Des Moines Metro Opera, Ms. LoBianco has performed Minnie in La fanciulla del West and Turandot.

She is an alumna of Appalachian State University in Boone.