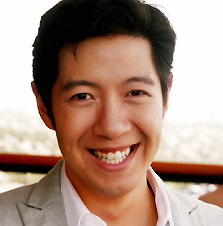 American bass Adam Lau, praised as a “bass of real quality, with sonorous low notes,” continues a busy and active career with a wide range of operatic and concert dates in the 2021-2022 Season.

Returning to Utah Opera, Mr. Lau sang Don Basilio in Il Barbiere di Siviglia.  Following these performances, Mr. Lau made his Metropolitan Opera house and role debuts singing the Jailer in Tosca and the Second Armoured Man in The Magic Flute.  Following his debut at the Met, Mr. Lau returns to North Carolina Opera for his fifth appearance with the company, where he sings Colline in La bohème.  Next, Mr. Lau returns to The Dallas Opera to sing the role of The Bonze in Madama Butterfly for the first time and to reprise the role of Don Basilio. Concluding his operatic season, Mr. Lau makes his debut with the Atlanta Opera singing Kobun in Mason Bates’s The (R)evolution of Steve Jobs with the Atlanta Opera.

Adam Lau won First Prize in the 2016 Jensen Vocal Competition and Top Prize in the 2015 George London Competition. He was also a finalist in the 2016 Dallas Opera Competition. He has appeared with such opera companies as Opera Theatre of St. Louis, Dallas Opera, Florida Grand Opera, Lyric Opera of Kansas City, Portland Opera, Utah Opera, and North Carolina Opera, as well as with some of the nation’s leading summer programs including Merola Opera Center, Aspen Opera Theater, and Santa Fe Opera.